I’ve been doing a lot of research and menial rewriting over the last couple of months. Researching agents, tweaking the first 10-50 pages of my manuscript, writing query letters, tweaking query letters, more researching… I hadn’t had much time left over for actual writing—you know, the kind that gets a writer’s butt into the chair and keeps it there—so two weeks ago, I decided to take a break from the research and querying and work on “downsizing” one of my almost-completed manuscripts. It’s 150,000 words, with some scenes that still need to be fleshed out. Ideally, the word count should be around 90,000. That’s a lot of chopping.

I started my attack by hacking off the first few chapters and jumping right into the sixth. Great. Except I cut out pertinent information and character development I now need to squeeze into my new beginning chapters without them sounding like “info dump.” Not so great. Or rather, not so easy. Suffice it to say, by the end of the week I was drowning under old mindsets and negative thinking and had to yank my head out of the water so I could take a breather. And give myself permission not to write for a few days.

Perfect time, then, to make curtains for the living room and finish an American Girl backdrop.

I knew changing the curtains from those drab brown ones could only be a good thing, but I wasn’t prepared for how much a simple piece of hemmed fabric could breathe fresh air into a stale room! Needless to say, I bought more of the same fabric so I can attack the bedroom curtains during my next writing funk.

As for the backdrop…

…I’ve been wanting to work on it for a while, but writing has won out week after week until now. Good thing, too, since my kids get out of school in a week and a half and I wanted this finished by then so they could spend summer days playing with the backdrops as well as their doll furniture!

Some of you might remember my first attempt at an AG-scaled backdrop:

Ever since then, I’ve been playing with ways to make the backdrops easier to maneuver and have come up with this for now:

A simple 2”x4” piece of wood with grooves cut into it via Hubby’s table saw, into which slide two 2’x2’ halves of a MDF board. Having smaller boards to work with made the decorating go much easier and faster.

To make the wood paneling, I cut strips of balsa wood, glued them in place, then primed and painted the area.

I then primed the area behind the “wall paper” (because fabric on white backing is brighter than on a brown MDF board) and used Mod Podge to glue the fabric to the board. Mod Podge worked much better than the adhesive spray I used last time. After letting the glue dry, I painted two coats of Mod Podge over the fabric, sanding after each coat had dried. Lastly, for my lip edge, I glued pieces of trim (found at Lowe’s) that I had first primed and painted. 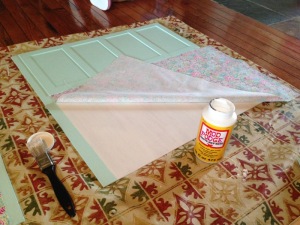 All in all, the steps themselves are easy; the time it takes to cut, prime, paint two to three coats, Mod Podge, and glue, on the other hand, can sometimes be hard to find.

My next big project? Moving my soon-to-be middle schooler out of the bedroom she shares with her younger sister into her own room. A room currently dubbed the office/guest room; a room of clutter and one long, shallow, ill-functioning closet. I aim to have this accomplished before the new school year begins in late August.

(Up for a laugh? Keep scrolling…) 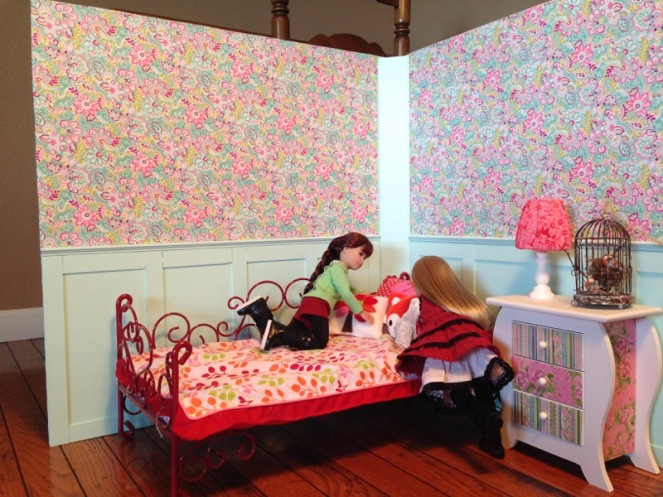 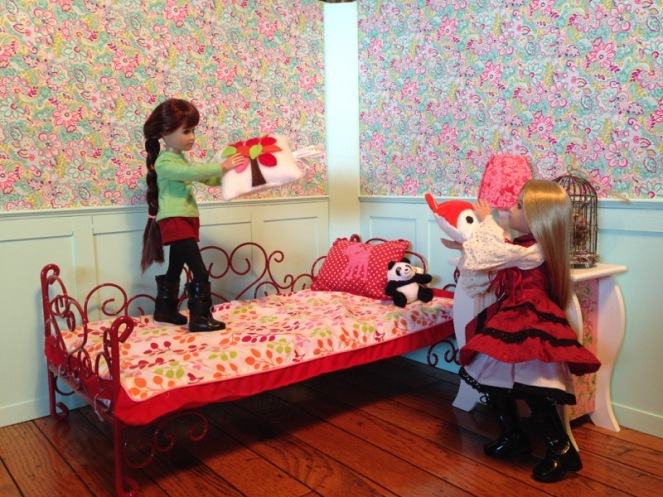 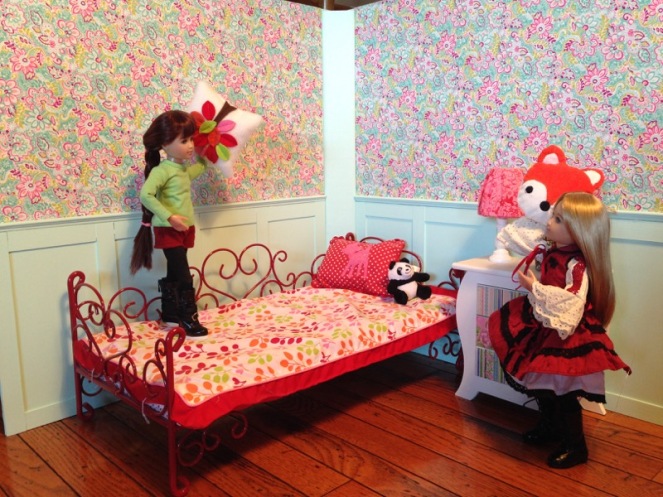 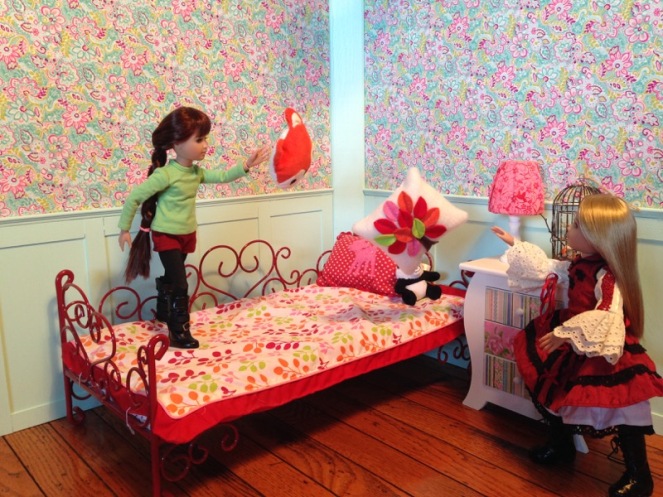 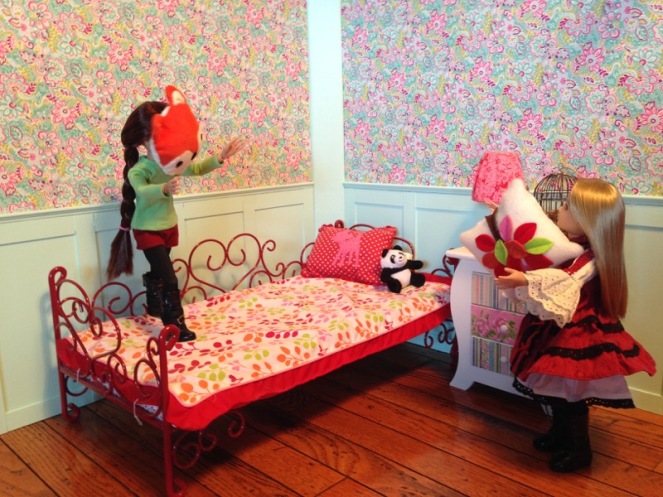 One thought on “When words fail…use your hands!”