This past November, I traversed into new territory when I signed a publishing contract with Clean Reads. Setting my sights away from the sparkling, intoxicating metropolis of Accepted Manuscript, I ventured down an unfamiliar, inconspicuous path: The Second Book.

Funny thing about this path. The Second Book doesn’t take two authors in the same direction. Some find themselves in a thick jungle, wrapped in an overabundance of words, swathed in the heat of a luscious plot that can’t wait to be written. Others enter the succulent haven of a coffee shop, drawing inspiration from the lives unfolding around them, tears splashing onto plastic lids, laughter bubbling up toward the ceiling tiles.

Still others, alas, take a journey such as mine and step into the barren wasteland of the Writer’s Desert. 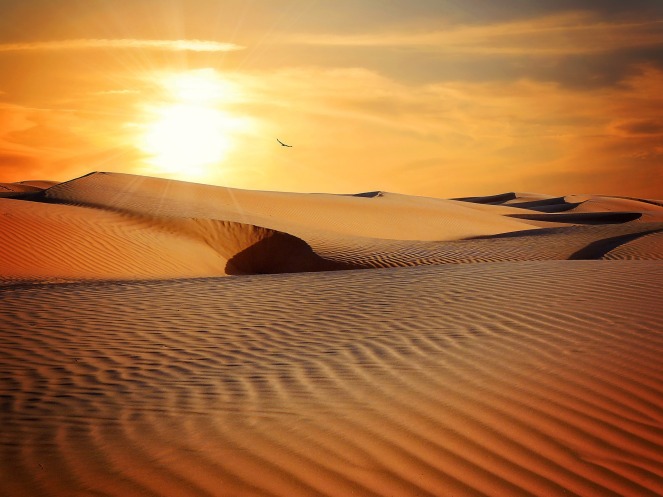 Unlike an earthly desert, it stays cold here even during the day; the sun might shine, but it emits no warmth. The dry ground remains firm beneath my feet, unforgiving in its hard surface, wicking away what little optimism I had armed myself with when I first started this journey.

I thought I was prepared for it. I had my laptop for communication—you know, for those several rounds of edits expected from my publisher, and for that finicky thing called a platform I need to spend time thinking about. But more importantly, I had a canteen of liquid words—others’ words—that were supposed to keep my writing muscles limber and supple until I reached the other side of this empty landscape. Serving as one of several judges on a few writing contests. Swallow. Involvement with an online critique group. Gulp. Offering my help as a beta reader for two different manuscripts. Sip, sip, sip.

But while my muscles stay quenched with others’ words, my soul has become parched at the lack of my own.

Sure, I’ve come across an oasis now and then. Broad ideas for a new story here; a one-paragraph summary for another story over there. Scenes for a sequel to my book that releases in October. But for the majority of the time, it’s just me and my canteen of somebody else’s work.

Oh, and the devil.

He likes to come alongside me at those times when I’m stumbling across the sand and taunt me. Tell me I don’t have what it takes, because other authors—better authors—are thriving in the jungle and there’s a reason I’m stuck in the desert. Better authors are on book #20 after eleven years of writing, and I’m on book #2 after eighteen. Better authors always have ideas cooking on the back burner, and since I don’t, that just reaffirms I lack what it takes to be successful in this field. Better authors have better blogs, more followers, a larger platform, a stronger backbone, a more persistent nature.

Sometimes Jesus is able to edge the devil out of my peripheral vision. For a few moments of time, maybe even as long as a day, I breathe in His clarity. He’ll take my hand in his and with the other, he’ll point to the horizon, and whisper, “Do you see it?”

And with my flawed incompetence wrapped within His unlimited capabilities, I glimpse something hazy on that horizon, something shimmering with promise and strength, purpose and fulfillment. And—

Then the devil shoves his snout in my face and I lose hold of my precious Jesus.

Why is Satan’s voice so much louder than my Lord’s?

Why does Hate have a better grip than Love? Why does self-deprecation feel more comfortable than self-confidence? Why are lies easier to believe than the truth?

The devil, I’ve come to realize, has been leading me in unnecessary circles to keep me floundering in this desert so I don’t gain the promise on that horizon. I reached a certain milestone despite his lies when I signed that publishing contract a few months ago, and he hates it. He knows my fundamental desire—once the selfishness and narcissism gets pushed aside—is to write for the Lord, whether that’s in the form of a Christmas fantasy or inspirational romance, so what better way to keep me from accomplishing anything further as a Christian writer than to blast my negative qualities on “repeat” in this place that offers no diversion to silence the noise? Wallowing in negativity is a stronghold in which I practically have a doctorate, so long did I once study it.

So, this time, I’m on to the devil. I’m on to his pranks, his condemnation and discouragement. It might have taken me a few months to slough through his deception, but better that than several years. I’m learning to tune him out again; to trust, instead, the voice of my precious Jesus, and to believe what He sees as good in me. I’m taking steps toward that shimmering horizon, and while I’m not there yet—I still have weeks of travel through these cold, hard-packed sands—the oases ahead of me look more abundant than those along the trail of my last four months.

I’m confident I’ll be filling my canteen with my own words soon.

10 thoughts on “The Writer’s Desert”