Early last month, I took the plunge and joined an online writer’s critique group, for I want/need to get unbiased opinions on my Christmas story. This group ranges in skill from beginners to experts, and one of the basic rules of thumb is to critique (or crit) two submissions from other writers before submitting your own excerpt (up to 2500 words) for critiquing. Each submission should receive at least three crits.

Now, I’ve been at this writing thing for over sixteen years. I might not always write the most exciting plot, but I know how to make a pretty sentence. I know my rules.

I thought I knew my rules.

If I don’t get anything else out of this critique group, I will take away this: I’ll never know all there is to know about the craft of writing. Ever. And that’s okay—as long as I’m consistently moving in an upward curve, right?

Raise your hand if you’ve heard any of these:

~Stay away from adverbs. (-ly words)

~Stay away from the passive voice. (any form of “to be”)

~Show, don’t tell. (don’t tell me the girl is panicked; show me what panicked looks like)

~Better yet, don’t use tag lines at all—just action beats.

I’ve known the first three for a decade and a half, but the last three I just heard within this last year.

Now, how about these? 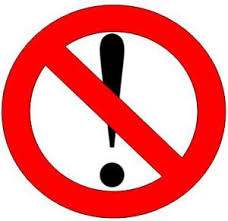 ~Limit the use of exclamation points.

~Limit the use of adjectives.

~Only two prepositions per sentence.

~Never two prepositional sentences side by side.

And on and on it goes!

Okay, time-out. Throwing all that stuff about prepositions in there is like throwing a heavy yoke around my neck. It’s going to strip the fun out of the act of writing—precisely what I’ve tried to reclaim in writing my Christmas story. It’s hard enough to construct a sentence that sounds good—now I have to worry about the number of preps between periods?!

(Oh, no. Another exclamation point.)

If you’ve written for any length of time, you have heard that the writing rules were made to be broken…after you’ve mastered them. When I first started writing, I used adverbs with aplomb. These days, when I use an adverb it’s because I want it there. When I first started writing, the passive voice snuck into every other sentence. Now if it appears in my writing, I put it there on purpose.

The rules (and there are many) are phenomenal guidelines. If you follow them as often as possible, you will take your writing to the next level, guaranteed. Even though I came into the crit group with a solid foundation, I’ve already gained a better understanding of how to “show” rather than “tell.” And that whole preposition-thing? It isn’t a bad rule to have in your arsenal, after all. Makes for tighter sentences.

That said, there are some well-meaning writers out there that have taken these rules to the extreme and gone legalistic with them. That’s no good. I don’t care if you’re talking religion, art, education, parenting, marriage, etc., legalism never helps anyone.

I was thirty pages into a book when I realized the author wasn’t using tag lines. Good writing? Yes. The problem? Sometimes I was confused as to who was saying what because the author gave neither a tag line nor an action beat. Each time that happened, it pulled me out of the story. And at other times I felt the author went overboard in the use of action beats, just so she didn’t have to use a tag line. Again, it pulled me out of the story. Then I became irritated with the writing and never finished reading the book.

Another writer refuses to use exclamation points. Even when her characters are hollering or incensed, she uses periods. Seriously? Which sounds better in your head as you read:

“Get back here, you filthy urchin.” His fist pounding the air, he raced after the child.

“Get back here, you filthy urchin,” he shouted, fist pounding the air as he raced after the child.

“Get back here, you filthy urchin!” His fist pounding the air, he raced after the child.

Small changes, yet no doubt you read them differently. In the first example, there’s no indication the guy is shouting, so you might not think he’s as angry as I wants you to think he is. In the second example, a tag line had to tell you the man was shouting. In the third, the exclamation point says it all. No intrusion, no confusion.

Here’s the thing. Exclamation points, tag lines, adverbs, passive voice…they exist for a reason. Sometimes your sentence requires the use of one or all three in order to get your point across, in the way you want it read. Certainly, limit their use, follow the rules when possible. Narrow-mindedness isn’t always a bad thing—and in the writing realm, it will force you to dig deeper and work harder, growing you into a better writer.

Just be careful not to insert “never” at the beginning of these rules. That kind of legalism will do more harm than good to your manuscript.